Hi All
I have a rookie question. This is a comparator (Song 1990) from an analog ckt design book I am reading.

The basic concept of operation is: the preamp stage gives it an increased resolution and prevents kickback., track and hold latch is to boost the comparison result to digital 1 or 0. When Trk is high, the circuit is in the amplifier mode. When Trk is low, the circuit is in the latch mode. When Vin is positive, the output is a digital one. When Vin is negative, the output is digital zero.

1. If Vin changes from positive to negative during track mode (Trk is high), and remains negative when Trk is low, what would be the output?
I would believe the output should be a digital zero because at the end of the track mode, the Vin is a negative value. Hence, when latch mode starts, the positive feedback gain stage should amplify the signal to a digital zero.

3 What is the purpose of track mode (Trk is high). Can the latch always on because it can be modeled as an extremely high gain amplifier (?) In other words,a positive feedback gain stage to amplify whatever output from preamp stage? 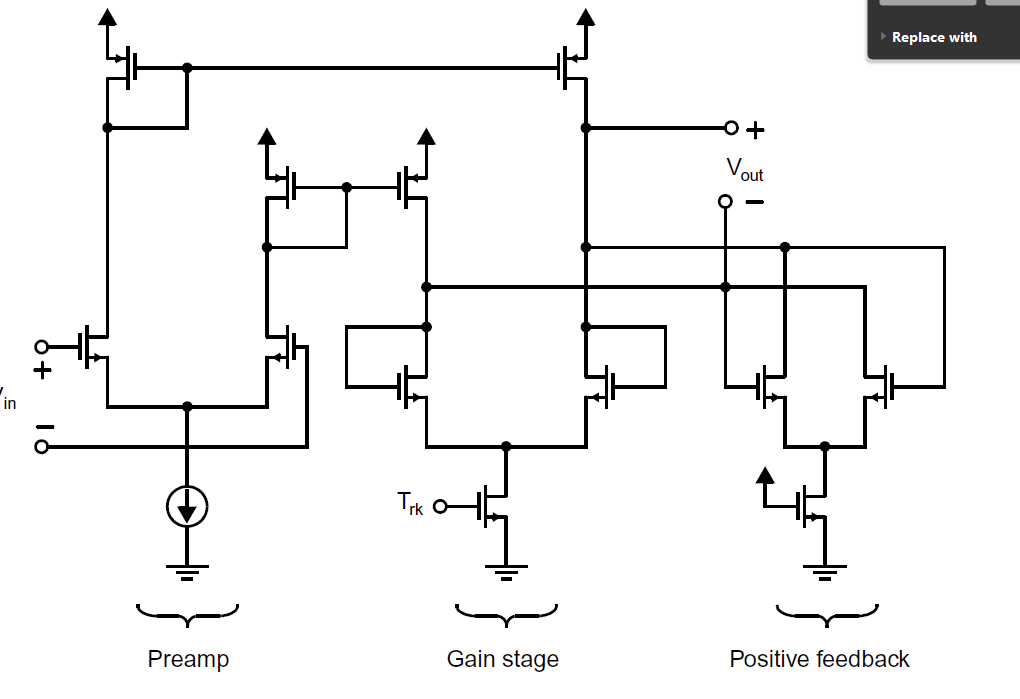