The minimum number of turns for a helix is between 3 and 5. There are many online tools available to calculate design parameter of helical antenna.

Below is example of one Helix antenna that work at central frequency 1.35 GHz. 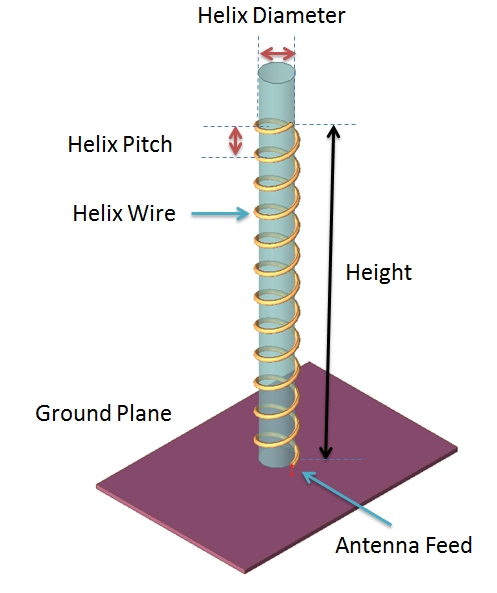 Helix antennas of at least 3 turns will have close to circular polarization in the +z direction when the circumference C is close to a wavelength.

The helix antenna functions well for pitch angles between 12 and 14 degrees. Typically, the pitch angle is taken as 13 degrees.

There are many other form of Helix antenna like quadrifilar helix antenna.The Quadrifilar Helix Antenna has 4 excitations and each element driven a progressive 90 degrees in phase. Then Bifilar helix is constructed using two volutes with an equal number of turns, and their starting points positioned 180° apart. The ends of the volutes are connected with a shorting wire which adds to the structural integrity of the antenna. 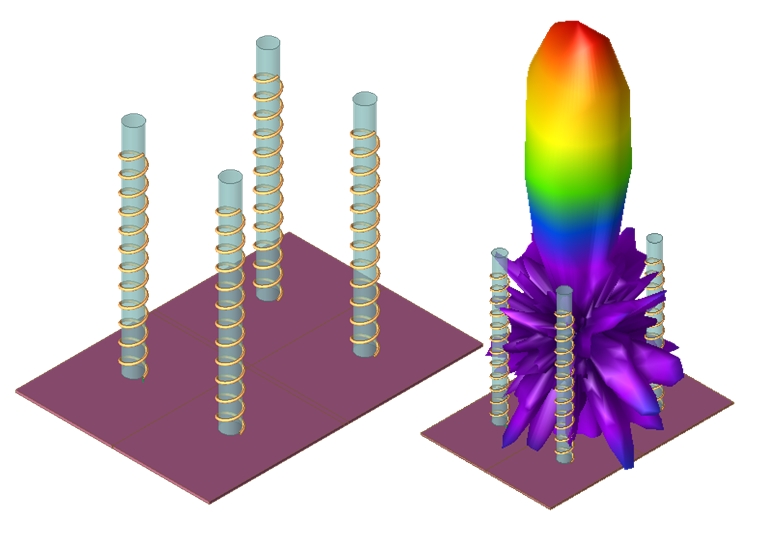 Helical antenna is an antenna which has a helix or spring shape. Its polarization and radiation properties depend on the diameter, pitch, number of turns, wavelength, excitation and spacing between the helical loops.