Micro design has for years relied on ASM and C programming and other languages. Often many
tasks are fairly simply but these tools were focused and quite a learning curve, especially ASM and
C and C++.

There are a number of new GUI based tools that essentially take out the "strong typing" barrier C
and other languages present.

Here is one that looks like a flow chart of sort, XOD. Its free for a limited version, quite a lot you can
do with it. This example used a Arduino Nano board. A complex sequence of pulses was goal,
both in width and inter pulse delay. Often I see folks reaching for 555 timers, but my first com-
plaint is accuracy of the pulses pretty poor (Nano board run by a xtal) and flexibility of trigger
poor as well. This example is just a sequence of fairly precise timed pulses. Key block was delay block
to time the widths and delays between successive pulses. Note ability to. for example, create a stream
of pulses but N pulses in stop and wait until a temperature or pressure or light level is met to start
the remaining chain of pulses trivial. One just drops the analog sensor block onto schematic and
put in a decision block to control when next pulse is generated. Here I just did pulse sequence. Nano
board is like a component now, << $ 3. XOD provides everything from gates to complex task blocks,
you just drag/drop on canvas, set parameters, and wire up to other blocks. Then you deploy to board,
no code written. but XOD gens it off the canvass of blocks and settings you created. 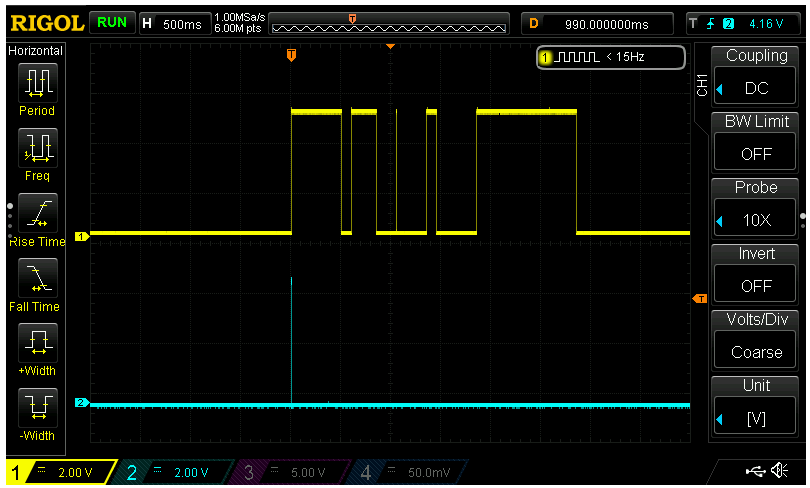 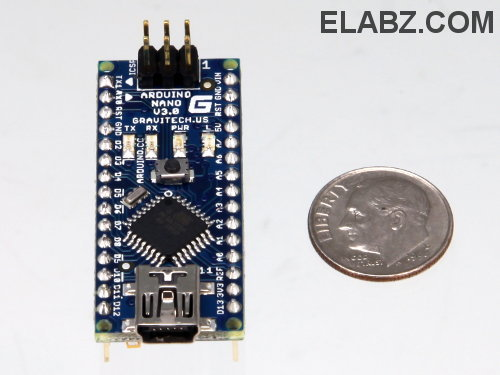 Ignore the elabz.com, just used pic to get size comparison for reader.

There are other GUI tools, and next I will show same solution using mBlock, a Scratch like
version for Arduino, ESP8266/32 parts, and others.

Lastly I will do one with PSOC.

These all have their strength and weaknesses. In fact depending on project one would
reach for various ones as they are all quite easy on learning curve.

You can see the code it generated from your graphic blocks as shown in middle screen.
Its a little simpler than XOD, but not quite as capable overall as XOD. Still many simple
designs fit this tool as well, including use Arduino A/D and PWM should you choose. Note
you cannot see scope trigger, blue trace, as its only 20 nS and in this sweep speed simply
not visible. 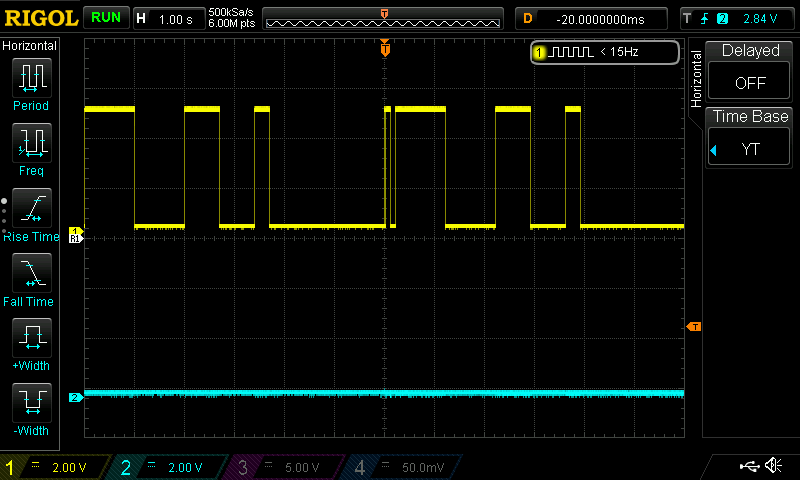 Use Arduino as a dongle on a PC and couple PC resources to the Arduino, so make
a talking voltmeter, freqmeter, duty cycle meter...... 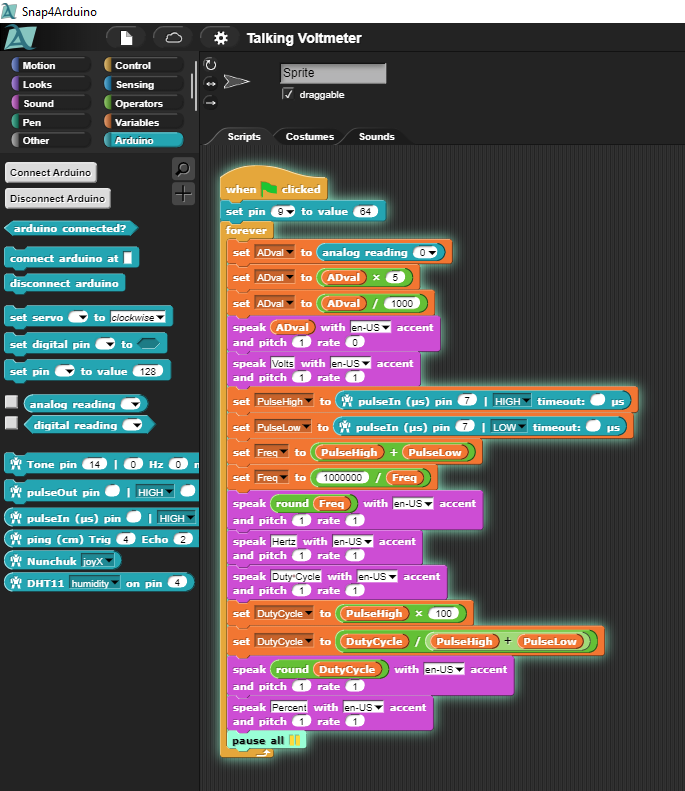 Note you first have to download and install SA5Firmata into the Arduino board, then in Snap4arduino
install the Speech to Text library (using libraries menu item here) - 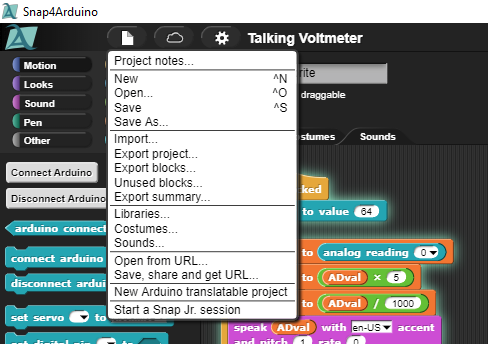