Hello , I have learned from a manual that in circular polarised patch antenna we generate 2 modes which have the same amplitude with 90 degree phase.There is an intersection point between two hills which is supposed to be the point where those modes are 90 degree phased ifference (each hill supposed to represent the resonanse plot of the mode).

I have tried to implement the manual in actual CST simulation.
As you can see bellow the is a coaxial cable which acts for pin feeding as shown bellow.
on the coaxial pin feeding i have defined waveguide port as shown bellow.
then i looked at the far field plot of each electric field mode as you can see bellow.
The field lines of the modes are not perpandical to each other as shown bellow.
Also CST says that these are TEM modes instead of TM for some reason.
also i tried to look at the Z-parameter plots.where i was supposed to see the two hills from the manual with the intersecting point,i only saw one hill.
Where did i go wrong?
Why my modes are not perpandicaluar to each other?
Thanks. 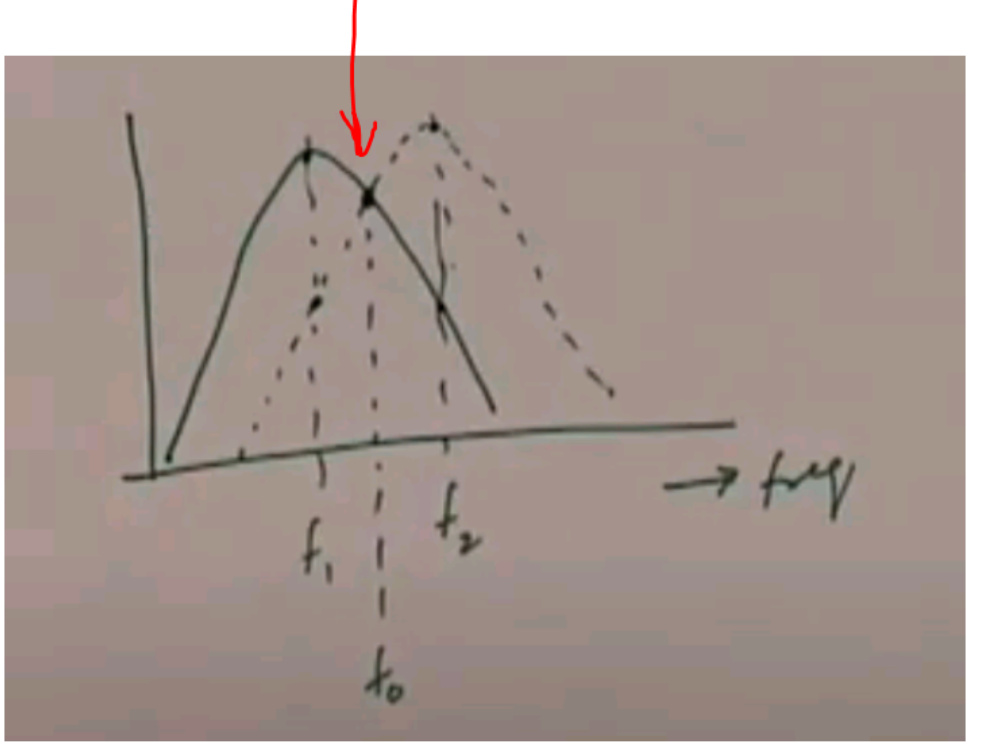 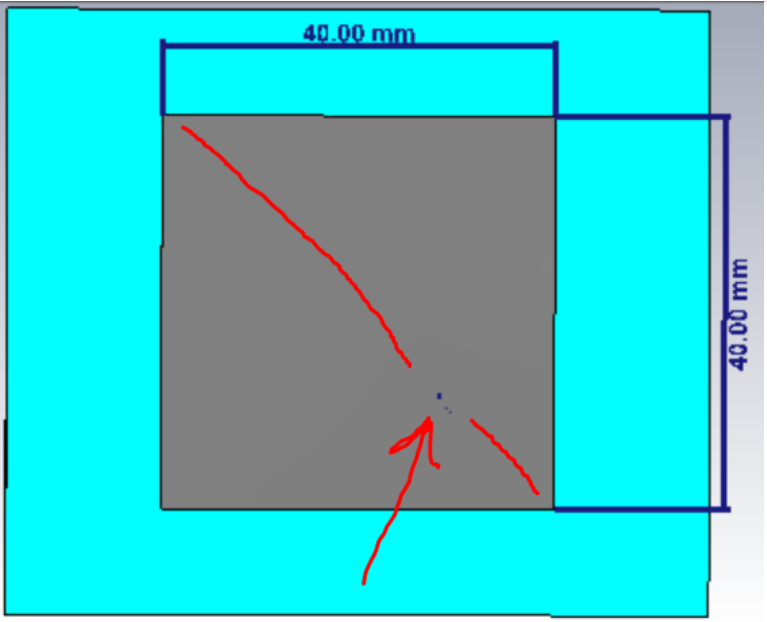 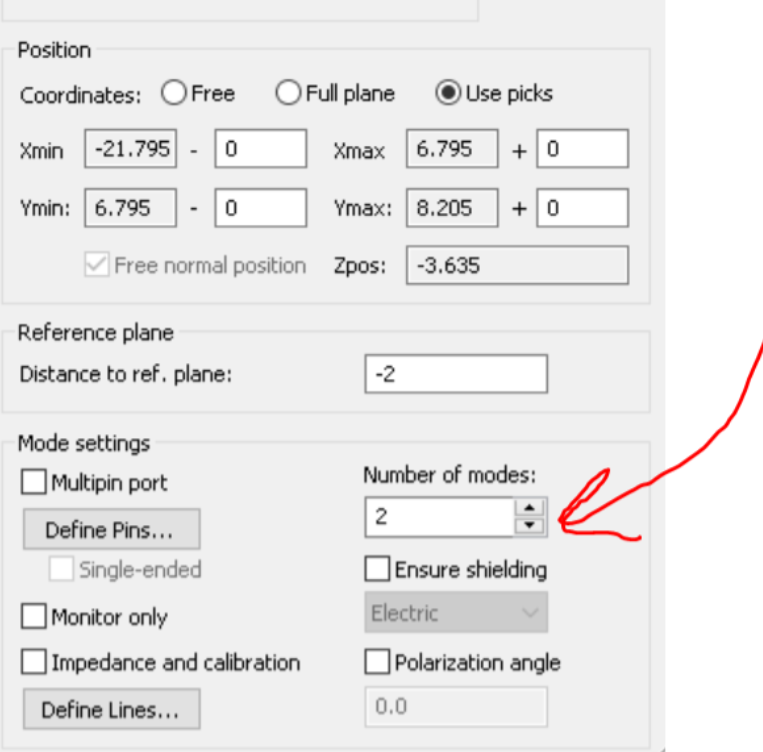 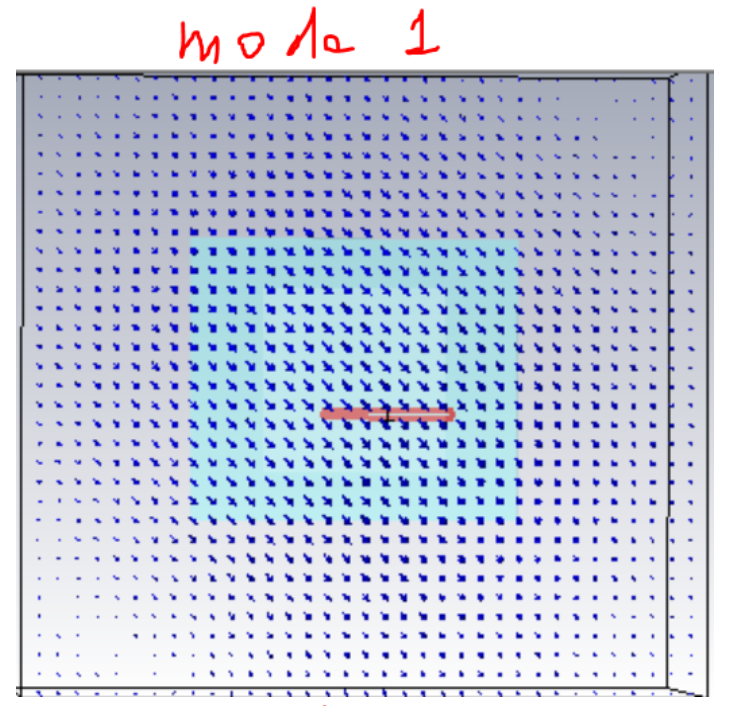 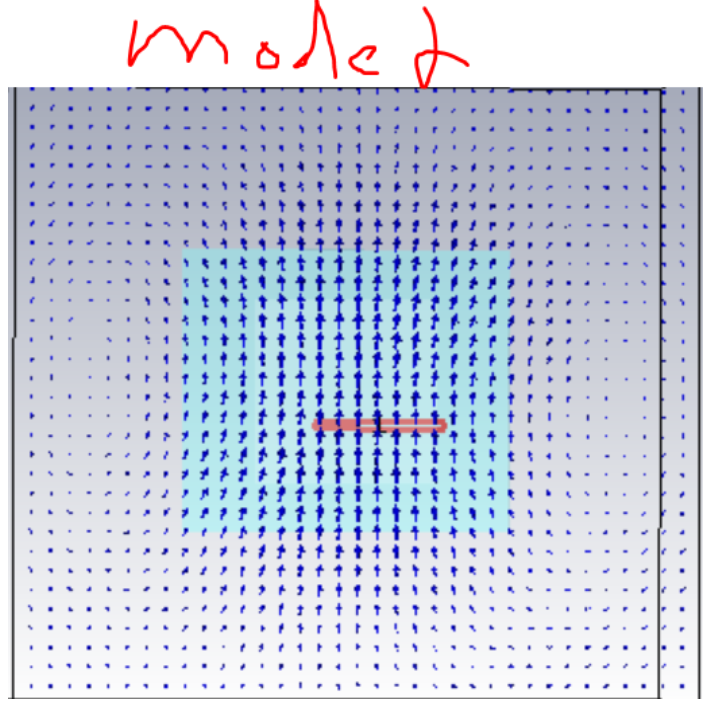 In your case of a square patch fed on the diagonal, we would expect your two peaks to overlap, as they do. They would only exist at different frequencies due to asymmetries.

It looks as if CST's mode solver is not solving for independent modes; apparently there is one diagonal and one vertical resonance shown, although it's difficult to make out. I would suggest solving for 4 modes; the two you want should be readily available then if the antenna is indeed symmetric.

Another possibility is that the simulation is not adequately converged, such that the generated mesh is not symmetric, and hence the modes you are solving aren't symmetric either.
Upvote 0 Downvote