Had a problem with a remote site, property management. Basically wanted to run Network on site with a
Cell based solution. Key issues :

1) Hotspot, if it lost power and ran batteries completely down would not boot all the way
into Cell tower connection. It would charge on power return (its permanently tethered
to a USB charger). It would put up a message screen to remove charging but not time out
and proceed to finish boot.

2) Once booted if still tethered to charger (installation had it this way out of necessity) that
activity would compromise connection drop activity, mostly stay disconnected from tower.

3) No "hooks" to show that Network was not up and take some action.

Initially I tried out a solar cell on display thinking that when screen powered up this could be used
as an indication it booted. But multiple message screens, when charged, but not connected to
tower, nixed that as a fool proof solution.

So I opted to use a ESP8266 running as client to detect if network was not up, and if not press
the hotspot button for 15 sec to get it to boot all the way. Done with el cheapo RC servo.

I also wanted, in continuing investigation of various block programming methods, use a GUI
based prog rather than write in C/C++ which is my normal path. So used Tuniot – 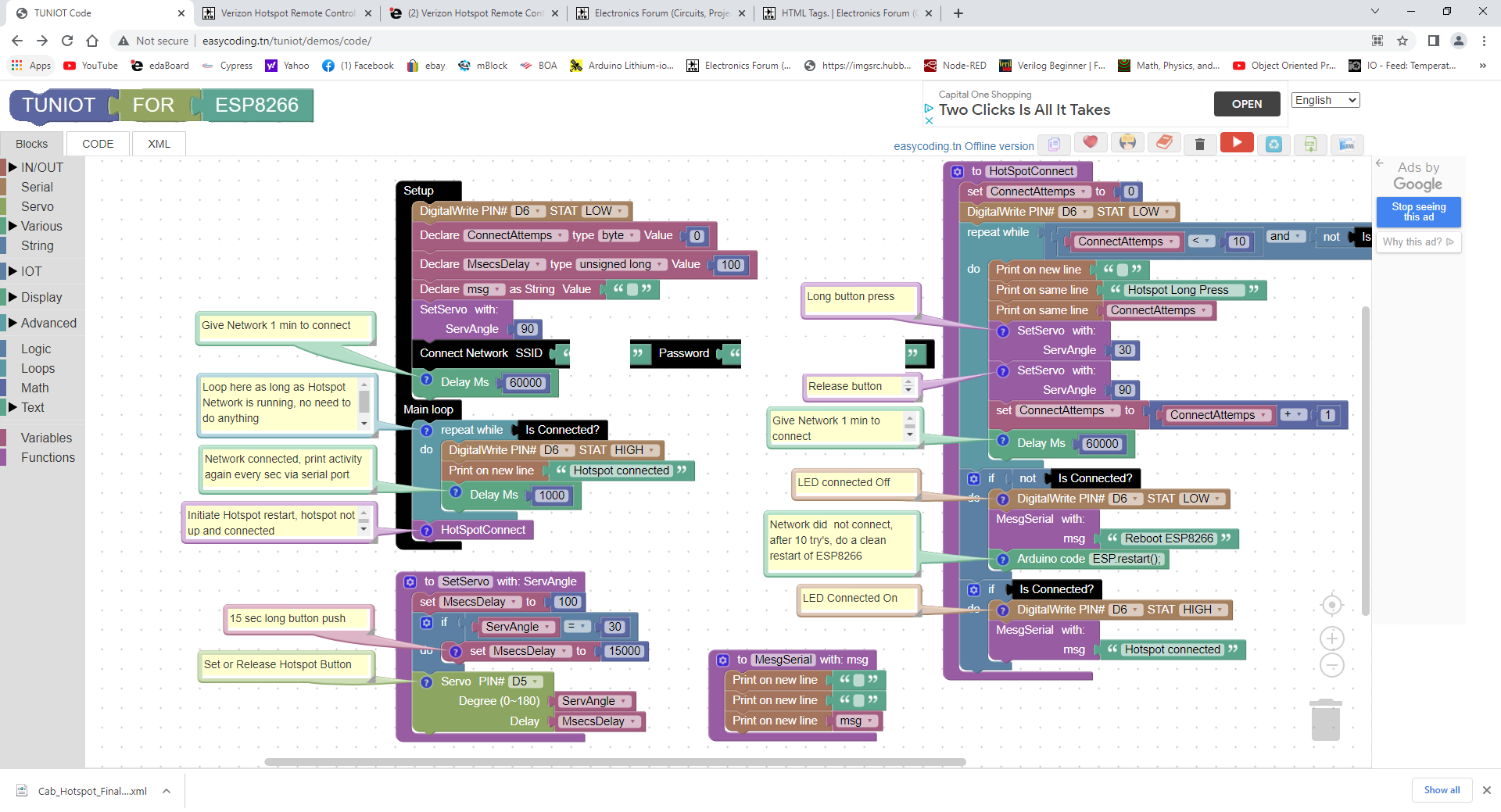 So above is the solution. Quite easy to use, no manuals needed on how to build a client.

One additional system need, solving the charging/tower signal drop problem, was to
put charger on a timer. That allowed periods of time running on battery where
Cell connection quite consistent. I may mod project to use internet time to control
charger power source at a later time to get rid of the timer.

Verizon hotspot is 8800L: Makes for cheap internet, even after data plan is exhausted
(defaults to 100 KB/s). Cheap if you already have a plan for a couple of phones and
just add this. < $ 20/month if my memory serves. Solution could have been a router
but their upfront costs pretty steep for that.