Blog entry Gallery (1)
Equipments such as Inverters and Rectifiers employ power modules as IGBTs, MOSFETs and TRIACs based on compact packages (modules). These components are mounted just above heat sink structure, and unlike PCB based packages, offer the possibility for assemble adopting an alternative approach.

Basically consists of replacing each wiring connection for a metal plate (eg copper), and obviously, in order to achieve proper stacking, it is required to use a sheet of insulating material (eg phenolite) between each plate. 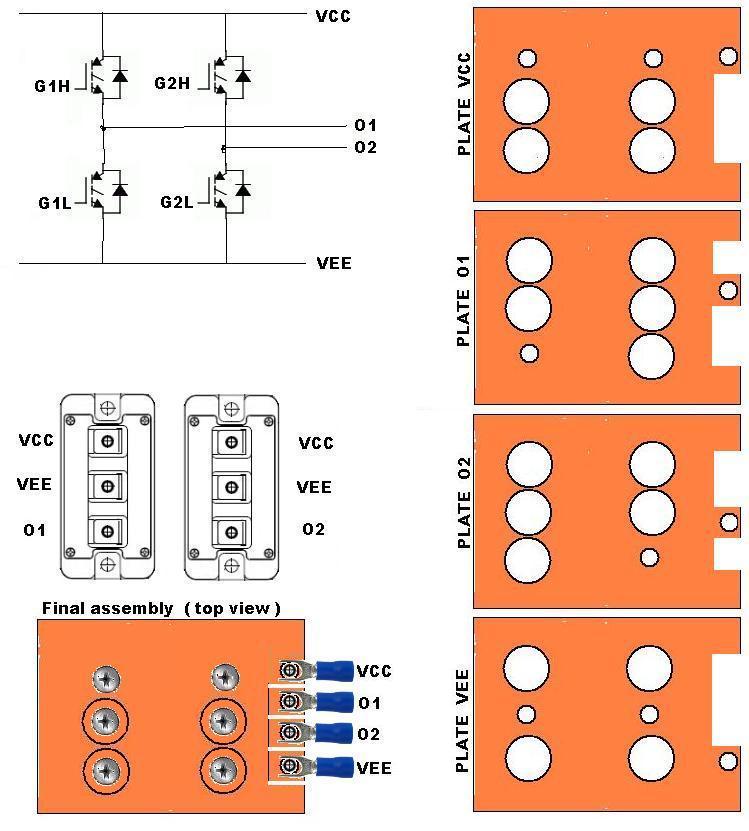 Note: An intermediary VEE plate could be placed, just for improve signal shielding.

Depending on particularity of each design, some advantages may be resulted from such apparatus:


Important advice that no much experiments were performed regarding to a more detailed comparative evaluation, however the few tests performed were sufficient to approve such concept.

thank you for sharing your good idea...!