you can refer to the PDF file


As mentioned above, for SSB modulation, in reality, there will be at least three tones in the spectrum.
One is signal(i.e. desired sideband), another is undesired sideband(i.e. image),
and the other is carrier leakage(i.e. LO leakage).

To get low conversion loss from a passive mixer, typically a high LO power is needed.
Due to the finite mixer port to port isolation, and strong LO power,
the LO signal can leak through the RF port, which may result in significant LO leakage . 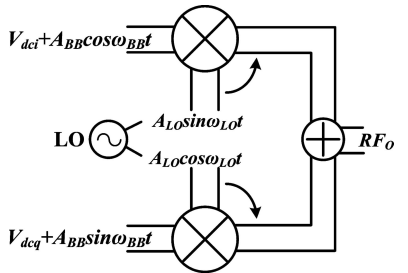 Besides, excessive DC offsets in I/Q channels cause high levels of carrier leakage as well . 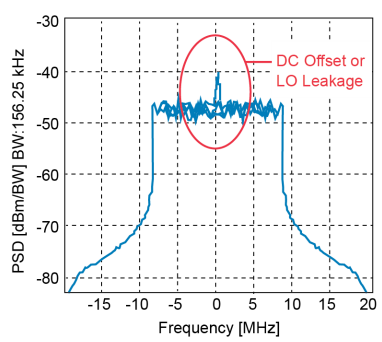 As shown in the figure above, in the case of broadband operation and DUC transmitter, the carrier leakage and signal overlap. 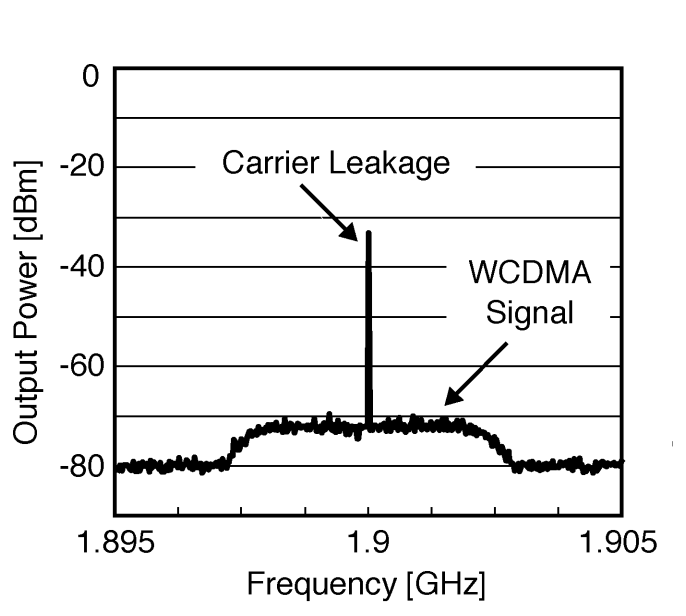 Without countermeasures, the carrier leakage stays constant while the signal is reduced.
Therefore, as shown in the figures above, in low power mode,
the carrier leakage is even larger than signal, which degrades SNR.
As illustrated below, EVM varies inversely with SNR :

That is to say, with carrier leakage,
EVM begins to exceed the set limit when too much gain reduction is exercised, less the output power, higher the EVM . 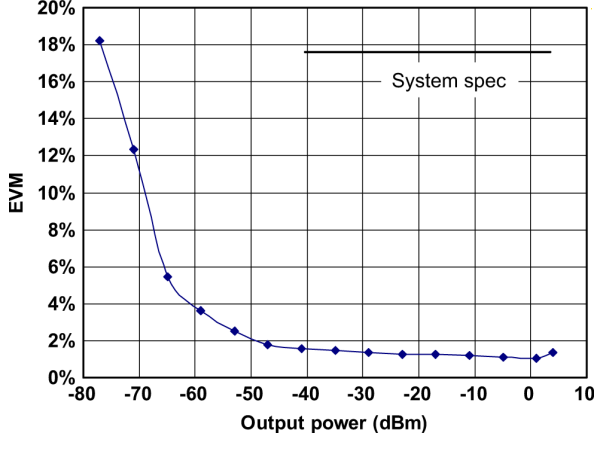 Nevertheless, as shown in the figure below, with carrier leakage,
it is impossible for the output power to be lower than -30 dBm.
That is to say, the carrier leakage may reduce the dynamic range and make ILPC fail. 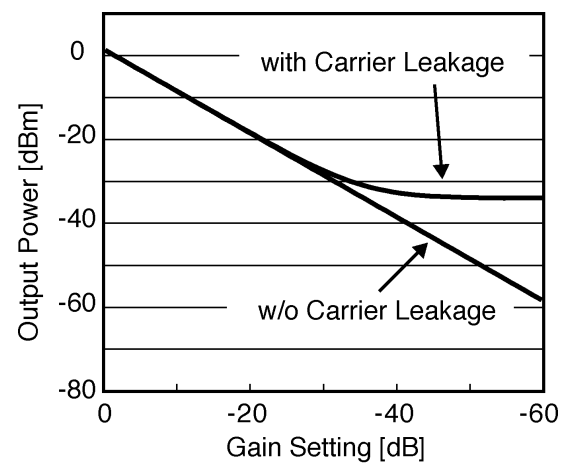 Of course, ideally, without DC offsets in I/Q channels, there should be completely no carrier leakage, as shown in the formula below :

Or as shown in the figure below : 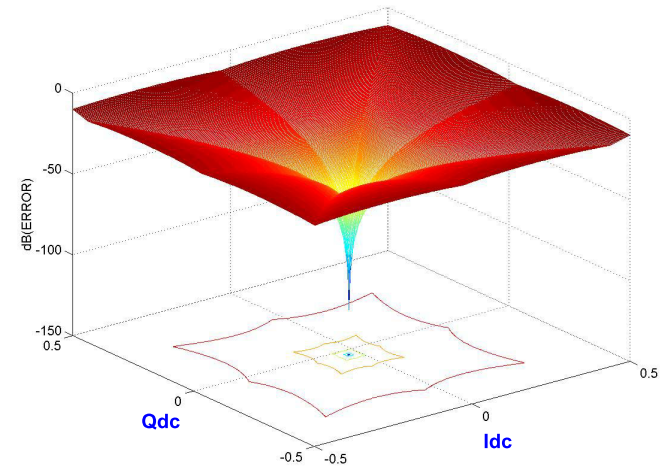 Nevertheless, carrier leakage is inevitable, and can’t be rejected by means of DC block : 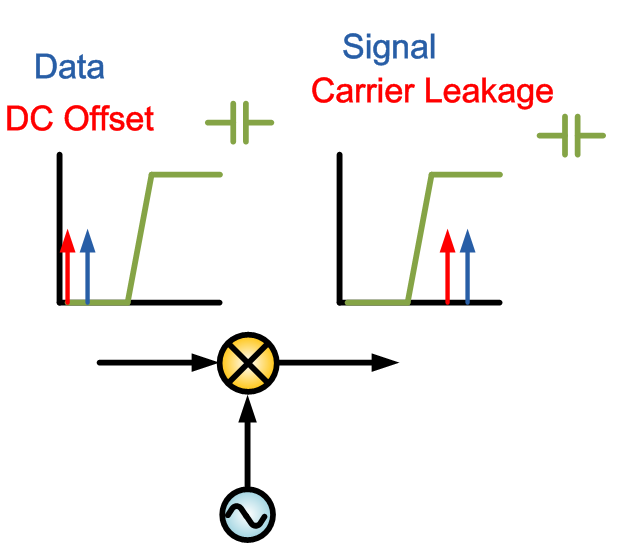 
In order to solve the carrier leakage issue, some transceivers integrate calibration circuit .


The amplitude difference between signal and carrier leakage is defined as carrier suppression. 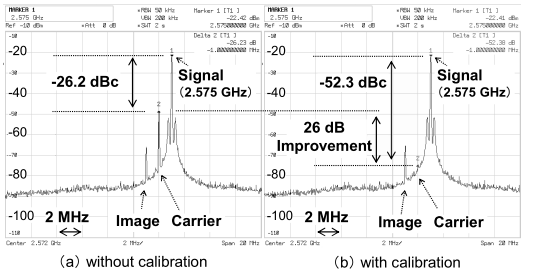 In a typical RF transmitter implementation, individual components, including the digital-to-analog-converter are subject to slight errors in gain and DC offset.
Thus, when considering a DAC or direct quadrature modulator,
it is important to apply gain or DC offset adjustments to the baseband I or Q signals.
Take RTR6285A of Qualcomm for example, after iterative adjustment of the DC offset of the I/Q differential input, the carrier suppression improves indeed, as shown below : 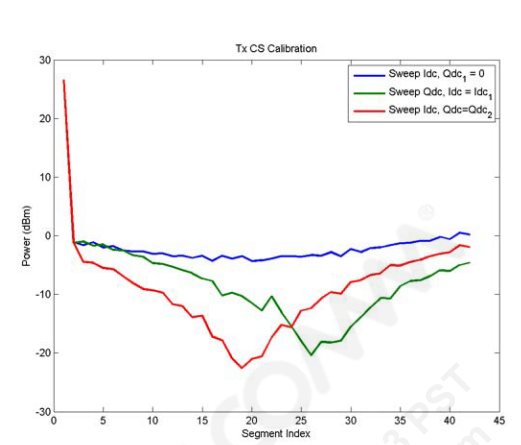 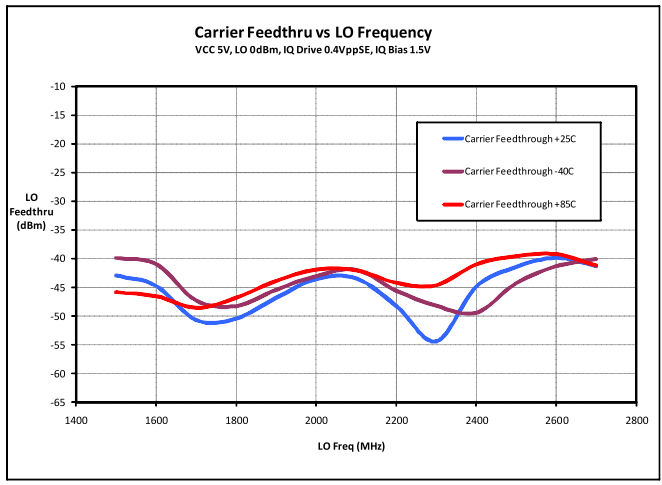 In LTE application, both image suppression and carrier suppression are included in in-band emission requirements . 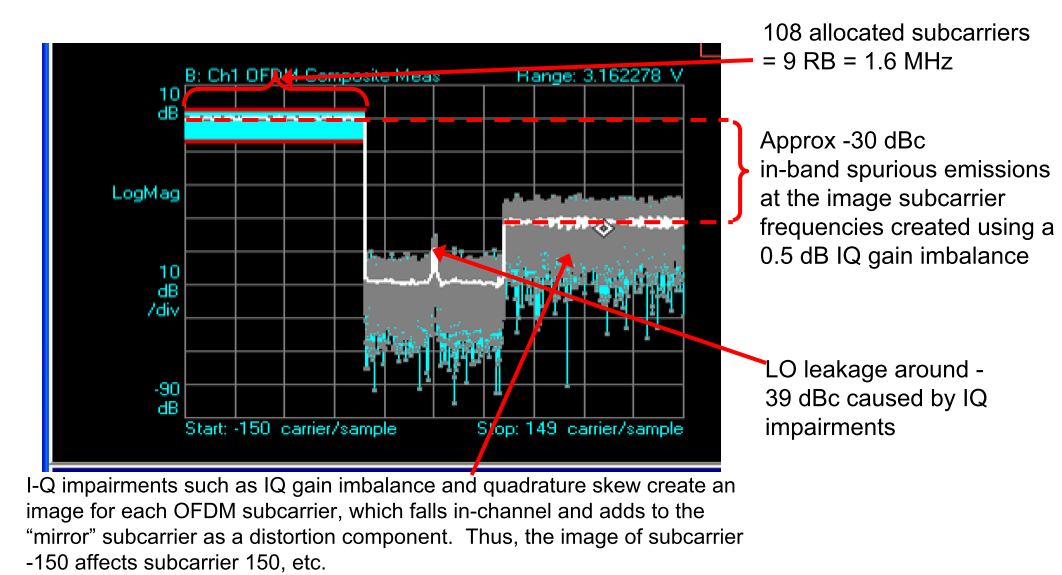 As mentioned above, in terms of PCB,
what we can do is to try our best to make the four I/Q signals (i.e. I+&#12289;I-&#12289;Q+&#12289;Q-) have identical lengths. Fortunately, this method improves not only sideband suppression, but also carrier suppression.

If the IQ modulator has perfectly symmetrical in-phase and quadrature arms, the DC offset will cancel. 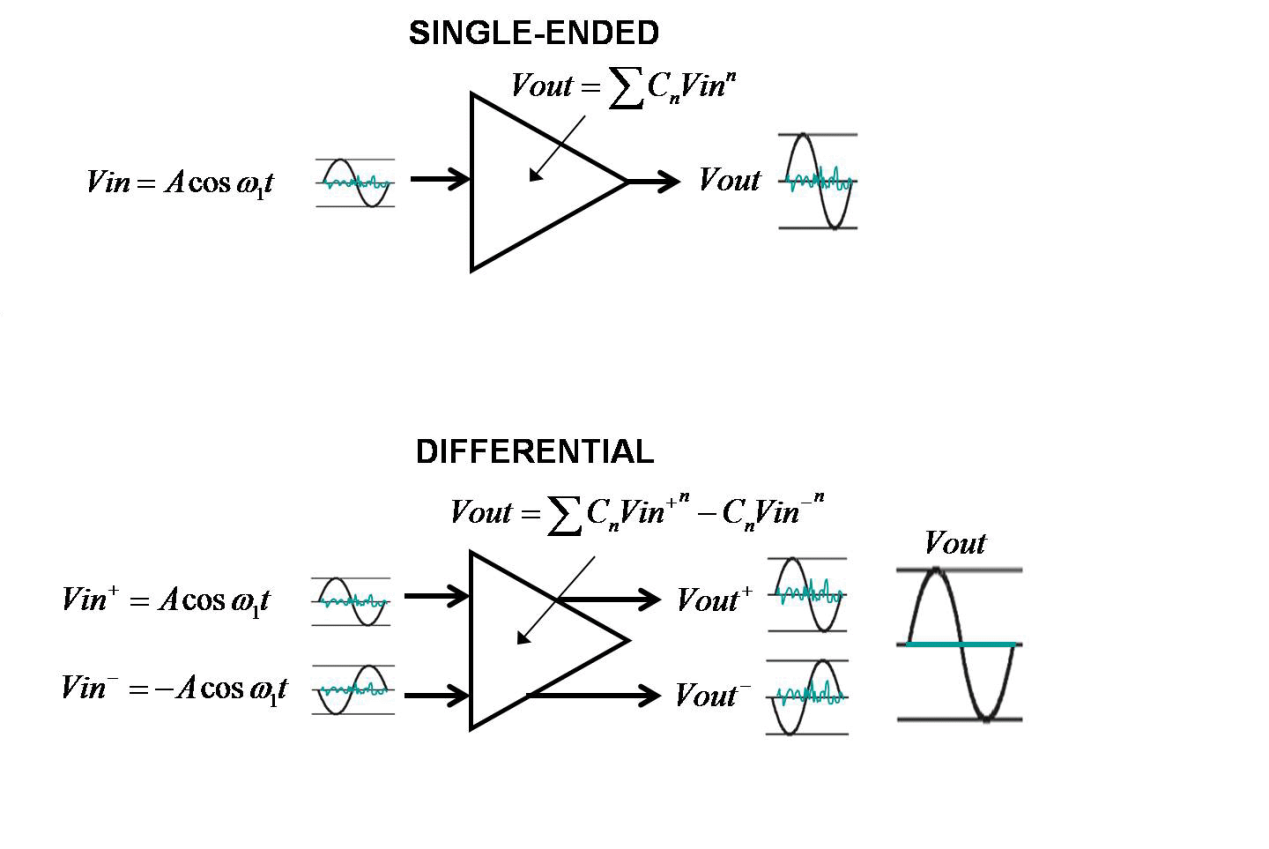 
Besides, don’t short those unused I/Q pins to ground.
For example, the MDM9X35 of Qualcomm : 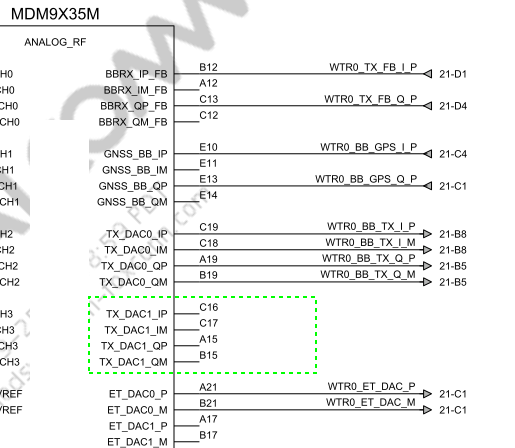 these four pins are unused.
Because these I/Q pins are all related within chip.
If you short the four unused pins to ground, the DC offset on the ground will flows into these unused pins,
then leakages to the used I/Q pins and generates carrier leakage. 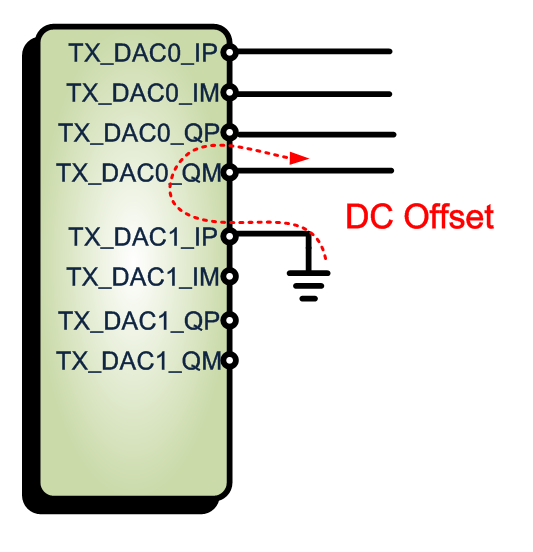 Undesired sideband and carrier leakage are the inherent shortcomings of DUC transmitter.
As illustrated in the detailed figure below : 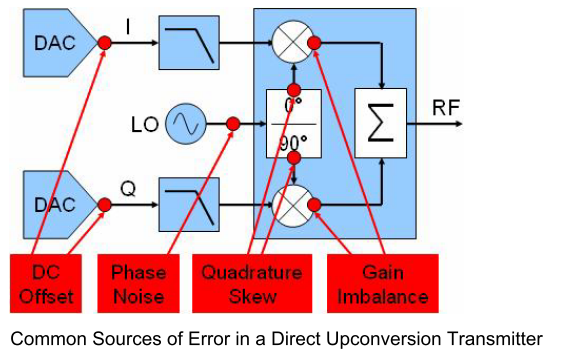 There are no comments to display.
You must log in or register to reply here.
Toggle Sidebar